ARE WE DOOMED TO REPEAT THE 2000's HOUSING CRISIS?

ARE WE DOOMED TO REPEAT THE 2000's HOUSING CRISIS? 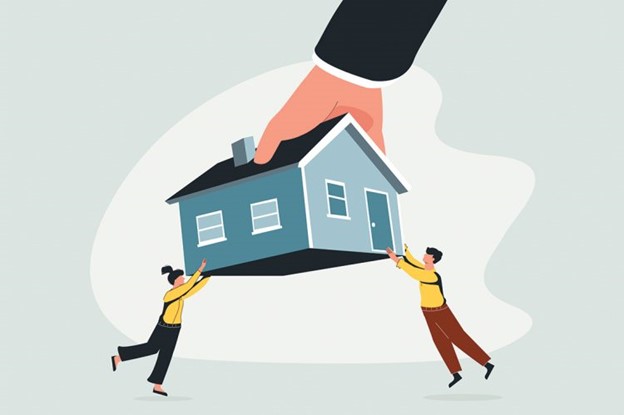 Don't let yourself be driven by headlines about the dangers of the economy and buying or selling a home in today's environment. One of the worries is: "Will foreclosures take over the market like in 2008-2011 because of the housing crash?"
Here's an article published in RIS Media and written by McKissock Learning that will add some perspective and reassurance that it isn't likely we are doomed to repeat the mistakes of the crash period.
And if you are thinking of buying or selling a home then you'll want to get the latest info from our Team market specialists and Advisers. And be assured if you are buying a home by our exclusive Buyer Satisfaction Guarantee: Love the Home You Buy or We'll Buy It Back or Sell It For Free!* And of course for our home selling home-owners our Guaranteed Sale and Trade Up Program: Your Home Sold GUARANTEED, Or We'll Buy it!*
Here is the market trends article:
ARE WE DOOMED TO REPEAT THE 2000's HOUSING CRISIS?
The early 2000s housing crisis left many Americans financially devastated after losing their real estate investments and homes. It’s no surprise that people are still wary of this crisis repeating itself whenever there’s an extreme flux in the housing market—like our current market, almost two decades later.
However volatile our current market may be, it’s important to note that we are not doomed to repeat the 2000s housing crisis. Let’s explore where these two instances differ and why current homeowners should rest assured that history will not repeat itself.
What happened during the 2000s housing crisis?
There were a few key factors that contributed to the housing crisis in the early 2000s, beginning with skyrocketing rates of mortgage fraud, which caused an earlier recession and led to the Federal Reserve lowering its interest rates from 6.25% to 1% in an attempt to put off inflation. This caused the cost of lending to increase, with many borrowers seeing a 60% increase in repayment.
It didn’t help that the Federal Reserve was not strictly regulating the loan screening and approval process, allowing banks to approve risky mortgages. Inevitably, when people could not make their mortgage payments, the housing bubble burst, and thousands of homes were foreclosed upon.
Why is this current housing crisis different?
It’s understandable why people are worried that the 2000s housing crisis will repeat itself due to the increase in foreclosures following the pandemic. In the first quarter of 2022, the moratoriums that allowed homeowners to pause their mortgage payments for 18 months if they suffered from pandemic-related hardship expired, leading to an increase in foreclosures. However, the situation is not nearly as bad as before. Here’s why.
First, real estate foreclosures are approximately 57% of what they were in 2020. So, even though foreclosures increased when the moratoriums expired, the number of people who could not afford their mortgage payments was still lower than the number who could not afford them before the pandemic.
Secondly, buyer demand is still high, which means that those who cannot afford to pay their mortgage can opt to sell their house instead. This prevents further foreclosures and helps to maintain some stability. Additionally, most people facing foreclosure have positive equity in the house.
Finally, banks are stricter when it comes to the loan screening process and approvals, limiting the amount of “risky mortgages” that could lead to foreclosures if the market suddenly inflated again.
While there are still people facing foreclosure, the process has extended to a couple of years, and there are more options for homeowners to bounce back.

To continue searching, you must agree to the Terms of Use.

For the best experience, please provide your cell phone number and select accept below to opt-in to our Terms & Conditions and Privacy Policy to begin receiving text and voice communications.

or make a new notebook

Search the full MLS and Exclusive Property Listings.
(Prices and inventory current as of August 16, 2022)

See local market activity affecting the value of
your home & maximize your investment.

We just need your phone number to finish creating your account.